How long should you wait before updating your web design or rebuilding a website?

Whilst it varies as to how often blogs and content are updated, most companies update their web design look every two years.  However, in terms of re-building the underlying platform, it’s usually around three to four years when the old look starts to look jaded, and the back end may be hard to update.

In the last twelve months though, even sites that are just 18 months old have got the chop or been earmarked for a rebuild in the next 12 months.  This is because the last few years has seen an accelerated rate of change in what is required for a website to perform well on mobile phones.

Google first demanded that websites be “responsive” so they would at be readable on mobile phones.  Fair call Google.  Right on the money with the big swing to using the internet on phones.

Next Google came out strongly saying that because mobile conversion (people who turn into a lead or sale off a mobile device) increases by 15% if pages download within 3 seconds, that all sites should download in this time frame.  And that speed would become a ranking signal.

The current movement is called “Mobile first” i.e. websites should be built not only to present on mobile, but to consider the mobile experience first, before designing the desktop version.  Think speed (fewer photos), larger font, shorter more meaty chunks of text, ability to scan quickly for millennials but easily clickable to read more (more mature audiences). Maybe even room to click using a thumb…

The problem is that most websites that were built before 2017 were created with platforms that weren’t designed to be shown on a mobile phone, and as a result are both painfully slow to download and render poorly in terms of presentation.

Even in the last two years, many web designers have been continuing to build websites using attractive WordPress templates that are heavy and slow, despite Google’s clear guidelines.  This is because the designs look pretty sharp, so you save on coding time.  Some of these small design firms are not aware that what they produce is miles off meeting Google’s speed requirements.

Most phones, when downloading such a theme, download both the mobile and the desktop version, then work out which version is for mobile, to display it.  They also download the whole theme, even the bits that have been switched off in the background.  This makes the code really heavy, and slow.

The newer platforms like Oxygen for WordPress, download only the mobile version on a smartphone, and only pull the code required to display each band – not the extraneous content or bands hidden behind the scenes.  Photos are often loaded in two sizes on each page – one for mobile and one for desktop, so only the mobile version is pulled.  This, along with new image condensing software, reduced use of multiple font families, and some clever hosting/caching techniques that cue the server to download multiple elements at once, or render things in a viewable order, have helped many progressive business owners to meet the speed guidelines.  They’ve often been rewarded with better search ranking as well.

Whilst clever web developers can make older sites perform faster, to get the big increase in speed that Google stipulates is best practice – and that helps you rank much higher – you need to build on a very recent platform.

So I would say 90% of our clients have rebuilt their websites in the last two years or have it on their radar to re-do in six months.

And yes, that means some are grumbling.  Including myself – my own website was built only 18 months ago and I have known for months that already I have to rebuild using new technology.  It’s not a project you have spare resources to be in a position to rebuild every year.  So I relate to clients who despair at the merry-go-round.

Building a professional website can be a significant investment. Can't you just keep the underlying platform up to date?

To a certain extent, yes.  But some of the older code used pre-2016 is pretty clunky.  On average, more than half of our clients’ users access their websites from mobile devices.  There is only so much you can do to make these old sites look acceptable on mobile.

The reality is – so my developers tell me - that it’s faster to make a website look good on mobile using modern code.  Most web platforms have completely re-written their code to work well on both desktop and mobile environments.

One client said to me last week that he is concerned that it’s a never-ending cycle – on a treadmill to appease Google.  Certainly, if you are in a competitive industry and you need to rank well on Google, having a site built to be fast will give you a ranking advantage.

On the other hand, if you have multiple sources of new business, or an established client base that doesn’t need a lot of replenishing, then you can afford to rest on the laurels of your older site for a while longer – until it suddenly looks so antique that you are embarrassed.

Perhaps embarrassment is the better signal that a website needs rebuilding!

For the ultimate objective test for those who do need new business, search for the “Google developer speed test”.  If your site scores under 50% for the mobile version, then that’s the cue that no matter when your site was last built, it should be on your radar to build again. 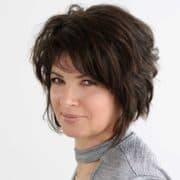